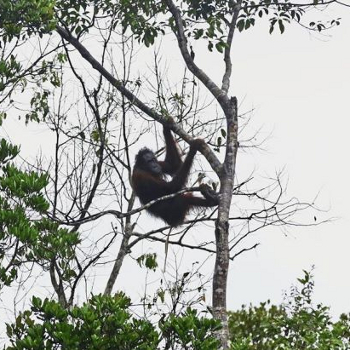 How Palm Oil Affects our Ecosystem

Palm oil is used loads of everyday products – from packaged foods like bread, chocolate and ice cream to personal care products such as lipstick, shampoo and detergent. Up to 50 percent of the products we use on a daily basis contain palm oil. But this inexpensive and commonly used vegetable oil comes at a high environmental cost.

Why is palm oil so popular in the first place?
Palm oil is extremely versatile. It’s a great preservative and is what gives many products their smooth, creamy texture. It’s stable at high cooking temperatures and low in trans fats. In addition to foods and household products, palm oil can also be used to make biofuels. And it’s cheap. The highest-yielding vegetable oil crop, it takes less land to produce the same amount of oil as other crops like sunflower, soybean and rapeseed, making it the least expensive vegetable oil on the market. Sounds good, right? The problem is that to keep up with the ever-growing demand for palm oil, huge chunks of tropical rainforest are being cleared to make way for more palm oil plantations and leaving in their path, a host of environmental issues.

Deforestation
Probably the most damaging effect of palm oil production is deforestation. It’s believed that the production of palm oil was responsible for about 8 percent of the world’s deforestation between 1990 and 2008, and the destruction continues. According to Greenpeace, an area the size of a football pitch is torn down in Indonesia’s rainforest every 25 seconds, mainly driven by the demand for palm oil. Deforestation leads to a host of other problems including soil erosion, loss of habitat for wildlife and inevitably, climate change, as forests play a crucial role in reducing greenhouse gases.

Threat to wildlife
As rainforests are destroyed for palm oil plantations, wildlife is forced into smaller and smaller habitats, often with devastating consequences. Between 1999 and 2015 deforestation lead to a loss of half of all Bornean orangutans – around 150,000 in total – and their numbers continue to decline, putting them at risk of extinction. Tigers, elephants, rhinoceroses and countless other types of wildlife are also under threat due to the loss of habitat caused by palm oil production.

Fertilisers and pesticides used in the production of palm oil also pollute groundwater and the soil, further endangering wildlife as well as human inhabitants.

Climate change
Deforestation and the draining of peatlands to make way for palm oil plantations are major contributors to climate change. When tropical forests and peatlands are cleared carbon is released into the atmosphere as carbon dioxide one the leading causes of global warming. Additional pollution is released when fires are used to clear forest undergrowth and drained peatlands. According to the Union of Concerned Scientists, from 2001 to 2010 palm oil production in Indonesia generated an average of 216 to 286 million tons of emissions. That’s the equivalent to the emissions from 45 to 55 million cars, or the yearly energy use of 20 to 25 million homes.

Choose palm oil free or RSPO certified products
So what can you do? Awareness is the first step. Start by looking at the labels of the products in your cart the next time you’re at the supermarket. Unfortunately, palm oil and its derivatives are often disguised under other names. Even the generic and innocuous-sounding ‘vegetable oil’ is often palm oil. According to the World Wildlife Federation other names for palm oil include:

Once you’ve identified products containing palm oil, you can start switching to palm oil free products. You can also choose products made from sustainably sourced palm oil. Look for products with the RSPO (Roundtable on Sustainable Palm Oil) label. To receive certification, palm oil producers must show minimal use of fires and pesticides, treat workers fairly and consult with local communities before developing new plantations.