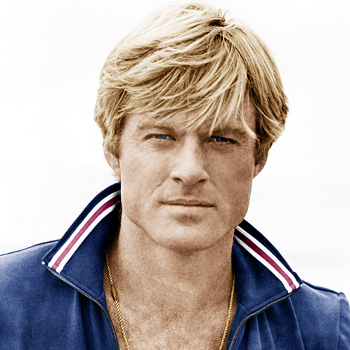 When you talk about class, you can’t go pass Robert Redford. Robert Redford oozes class from all angles from the way he talks to the way he walks, and his passion for green eco conservation and environmental work puts him in a class of his own.

Robert has been a green environmentalist since the age of 24 involved with countless environmental projects. His strong presence in the social, political, and celebrity arena gives him the freedom to creatively express his green eco message to the world.

Robert Redford is not afraid to speak his mind. He recently penned an article for the Huffington Post entitled, “Balancing Renewable Energy Projects & Public Lands Stewardship,” in which he blames the Bush Administration for eight years of rampant oil and gas drilling on our lands. Redford says that now the Bush Administration is gone,  Americans need to begin the process of recognizing the need for clean energy.

“America is on the verge of a renewable energy gold rush. Hundreds of applications for wind and solar projects have been filed on public lands. I think this is long overdue. We need sustainable energy to help us reduce global warming pollution, and we need it fast. But if we don’t handle this boom carefully, unspoiled wildlands will get trammeled in its wake. Right now, we have an opportunity to start the clean energy era off right.”

Doing it from all angles, as far back as 1975, Redford began working on short films and documentaries promoting solar power. In 1979, he produced The Solar Film, a short film about solar energy that was nominated for an Academy Award. Other documentaries he produced include the award-winning Yosemite: Fate of Heaven and the feature length documentary, Incident at Oglala.

His resume is quite impressive. Robert is associated with numerous green eco organizations such as the

– Advisory Board of the Reebok Human Rights Foundation in 2002

– Board member of The Gaylord A. Nelson Environmental Endowment at the Institute for Environmental Studies at the University of Wisconsin.

– Major Supporter of ‘Vote Solar’, a organization responsible for securing $100million in city bonds for investment in renewable energy.

– Serves on the National Council of the Smithsonian’s new National Museum of the American Indian.

– Board member of the Environmental Defense Fund

– Board member of the Smithsonian Institution

– Board member of the Navajo Education and Scholarship Foundation

– Board member of the Solar Lobby

– Board member of the Yosemite Institute

Robert Redford has received numerous awards for his environmental work, including the 1989 Audubon Medal Award and the 1987 United Nations Global 500 Award, the 1993 Earth Day 5 International Award and the 1994 Nature Conservancy Award. He was also the recipient of the 1997 National Medal for the Arts by President Clinton and the 2001 Freedom in Film Award presented by the First Amendment Center. He was recently honored with the 2002 Pell Award for Excellence in the Arts: Lifetime Achievement Award and the 2004 Forces of Nature Lifetime Achievement Award from the Natural Resources Defense Council (NRDC).

Recently, Robert was honoured by leading US university, Duke University School of Environment for the Duke LEAF Award to honour his work that inspires environmental awareness and stewardship.

“Robert Redford’s body of work as an actor, director, producer and founder of the Sundance Institute and Redford Center at the Sundance Preserve highlights the critical but often underappreciated role artists can play in inspiring people to take action for the environment,” said William L. Chameides, dean of the Nicholas School.

“I am honored to be in the company of a school which has as its mission to train leaders of consequence for a sustainable future,” Redford said.

Robert you handsome thang, I loved you in your Oscar nominated roles in Butch Cassidy, The Sundance Kid and The Great Gatsby, but I love you more in your role as the eco savior for the world.