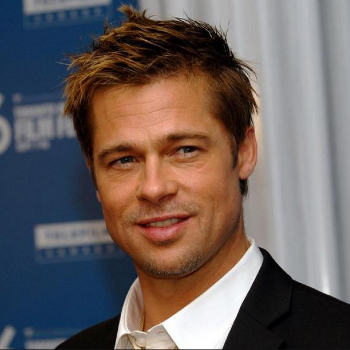 Brad Pitt is not just an “A List” Hollywood Celebrity, but an “A++ List” green activist. His notable work with environmental and philanthropic foundations has been phenomenal. Lets take a journey through Brad’s Eco Adventure and “Meet Joe Black” himself in reality.

Lets begin this journey with a visit to the city of New Orleans. Brad fell in love with the city while filming there, and became determined to help it bounce back from the devastating blow of Hurricane Katrina. He founded his very own charitable “Fight Club” called the “Make it Right NOLA” to build 150 sustainable, eco-friendly homes to help the New Orleans victims and to fight the world’s energy crisis.

The homes feature enough solar panels to cut back the electricity bills by up to 75%. Every “Make it Right NOLA” home meets the highest building structure ratings and is awarded with the platinum LEED certification.

In an “Interview With The Vampire” himself, in 2006 Ann Curry from the Today Show asked for Brad’s view regarding energy challenges in the future, and Brad responded by saying “What if a city could actually produce more energy than it consumed? What if it could actually filter the air instead of pollute the air? And this is a new paradigm that we’re gonna have to adopt. It’s a long time coming, but we gonna have to start now and start advancing these technologies.” Brad is wasting no time starting right away with these new building projects. To the people of New Orleans he is truly the “Legends of the Fall”.

Being one of the most influential celebrities in the world, Brad is certainly putting his influence to good use. German carmaker Audi asked Brad if he wanted a car and driver for the L.A. premiere of Oceans 13 he insisted for a hybrid. Audi doesn’t currently have any hybrids in their factory, but Brad’s request is said to have influenced them to go to the drawing board and create a low-emissions vehicle.

Next on his agenda he began involving himself with the natural and organic skin care industry. Brad Pitt has teamed up with cosmetics firm Kiehl’s to develop an eco friendly body wash, called Aloe Vera Biodegradable Liquid Body Cleanser. This natural green organic skin body wash apparently will not contain any nasty chemicals such as parabens, SLS, dyes and other synthetic chemicals.

What’s different with this natural beauty product and other celebrity endorsed natural beauty product out there in the market? Well firstly, Brad himself will only be working from behind the scenes as a managing executive and won’t be promoting the product himself or appear in any advertising or marketing campaigns. Secondly, Brad will not be profiting from this and will not receive any payments for his work. Thirdly, the sole purpose is to raise funds towards Brad’s and Kiehl’s JPF Eco Systems foundation, which “supports global environmental initiatives that minimize impact on the environment through thoughtful design.”

Putting his passion for building and his green sustainable living ideas together, Mr Pitt is making waves again. Well, I guess making waves would be an understatement. Whether its Oceans Eleven , Twelve or Thirteen, he is splitting the seas with this green project. Brad will be designing a new eco-friendly luxury resort in Dubai. “Whilst acting is my career, architecture is my passion,” declares Brad. The actor promises the 800-room hotel will be ‘socially conscious and environmentally sustainable’ – following on from his work rebuilding New Orleans.

Where are we going to now, Brad?

Next stop Brad Pitt, marched into the White House for a meeting with the congress regarding his green house agenda and to discuss his charitable Make It Right Foundation’s sustainable housing project in New Orleans. In speaking of his rebuilding effort for low-income residents, Pitt said of the green homes with lower utility bills: “We can expand this idea of affordability and sustainability, because we think we have a model that works.” Coming from his mouth – people do listen – especially the ladies!

More and more, I’m becoming captivated by Brad’s Giant Green Heart.The more charitable work he does, and the more weird and wonderful sustainable living ideas he conjures up, the more I want to know about “The Curious case of Brad Pitt”.

5 thoughts on “Green Celebrity of the Month – Brad Pitt”