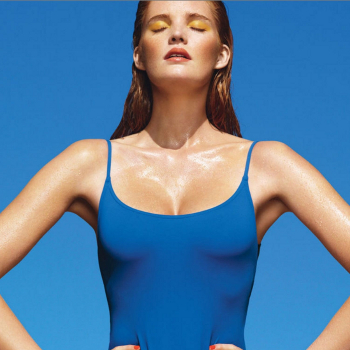 Does Sunscreen Prevent or Cause Skin Cancer?

Statistical research has revealed that skin cancer rates in Australia are the highest in the world. The argument can be made that the level of UV light today is higher than it was 50 or 100 years ago due to a reduction of the ozone layer. Or you can blame it on environmental factors such as elevation, latitude, and cloud cover. Or better still, you can even make the argument that people with fair skin, with a northern European heritage appear to be most susceptible for sun burns and skin cancers.

All are valid arguments, but there is still no denying the fact that the highest incidences of skin cancer actually occur in countries where the use of chemical sunscreens containing benzophenone and oxybenzone and PABA have been promoted the most. The irony is that the chemical sunscreen industry makes money by selling sunscreen lotion products which is promoted to prevent skin cancer, but the ingredients used actually contain cancer-causing chemicals.

Look at the chemical PABA for example which has been used as a main active ingredient in many sunscreens in the 80s and 90s. PABA* has now been proven to cause damage the DNA structure, increasing the risk of skin cancer. Today, the use of PABA is phasing out in sunscreens because of allergy and carcinogenicity concerns. But this is too late, because millions of people have already been affected by the use of sunscreens containing PABA already.

Many sunscreens nowadays in replacement of PABA use active chemicals such as Benzophenone, Oxybenzone, and Cinnamates as potential UV absorbers. But these chemicals are just as damaging because Benzophenone is one of the most powerful free radical generators known to man. As stated by Dr Pickart, “Benzophenone is used in scientific research specifically to generate free radicals in order to be able to test the effectiveness of synthetic and natural antioxidant compounds. Free radical damage to cellular DNA is the primary cause of most cancers. Benzophenone and oxybenzone generate free radicals by their chemical reaction to ultraviolet light. So whilst these ingredients may offer some protection against sunburn, it may ironically be contributing to a higher risk of skin cancer through excessive free radical production. More disturbing is that not only does oxybenzone generate free radicals upon exposure to ultraviolet light, but it also inactivates the very antioxidant mechanisms which protect the body against free radical damage or oxidization”.

Cinnamates (cinoxate, methoxycinnamate, octocrylene, octyl methoxycinnamate) is no better. Scientists discovered that cinnamates, seemed to mimic estrogen and is said to be a hormone disruptors.

Skin cancer is very slow to develop and this is a real concern, because all the damages from the sun and the harmful suncreen chemicals that are currently being applied to the skin may take 20 years or more to become skin cancer. Skin cancer rates are soaring in Australia with a rise of 12 percent in men and 15 percent in women between 1995 – 2005 and a rise of another 11 percent by 2011 is expected. Until all of the evidence is in, the best skin cancer prevention and protection is to minimize sun exposure as much as possible especially between 11:00am and 3:00pm when the UV rays are at its strongest. If sun exposure is unavoidable, then WEAR A HAT, WEAR A SHIRT, and use a CHEMICAL FREE SUNSCREEN such as Soleo Organics water resistant sunscreen to stay protected.

The information above is presented for educational purposes only.

8 thoughts on “Does Sunscreen Prevent or Cause Skin Cancer?”