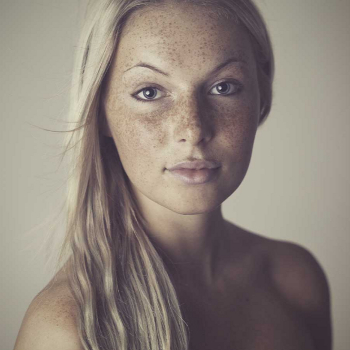 There’s nothing much you can do about your skin type. Some may be predisposed to certain medical conditions such as vitilgo, albinism which causes one to suffer from irregular pigmentation problems. Others experience more common forms of pigmentation such as moles and freckles.

It’s quite normal for pregnant women to develop blotchy areas of darkened skin, commonly called the mask of pregnancy (but officially known as chloasma or melasma). These changes are caused by hormonal changes during pregnancy, which stimulate a temporary increase in your body’s production of melanin, the natural substance that gives color to hair, skin, and eyes.

Age spots develop as a natural part of the aging process. They can be unsightly especially if it is on the face, but usually appear after the age of forty and are most commonly found on the backs of the hands, forearms and shoulders, where sun exposure is strongest.

Menopause is a time in a woman’s life where the reproduction period comes to an end, causing the estrogen hormone production to cease. The skin is not immune to the changes that occur in a woman’s body during menopause, as the estrogen can have a negative impact on the skins texture, elasticity or clarity. For some women facial pigmentation during menopause is a common side effect of the changes that is going on with their body. Sign of facial pigmentation include redness in color, dryness or a lack of elasticity.

Tanning is a natural process that occurs when the skin is exposed to sunlight. The skin starts producing more melanin in order to protect itself from sunlight, and it thus becomes darker in color. If the exposure to sunlight is reduced, melanin production returns to normal levels, and the skin color gradually lightens.

The high UV index is part of the reason why. These days, it is easy to get a sunburn on a cool, windy day. Actually, the worst burns happen then. Too many sunburns, and age spots will be the least of your worries. Remember: while this is one of the most common causes of skin pigmentation, it is also one the most easily prevented.

Some drugs react with melanin to form a drug-pigment complex.

Some drugs will induce hypermelanosis (accumulation of melanin) as a non-specific post-inflammatory change in predisposed individuals. This is often worsened by sun exposure.

Some drugs induce pigmentation directly by accumulating and/or reacting with other substances in the skin.

Some drugs such as Roaccutane caused severe sensitivity to the skin. The sun should be avoided at all cost while taken such drugs to avoid the risk of irregular skin pigments from developing.

Drugs that may cause hyperpigmentation includes: