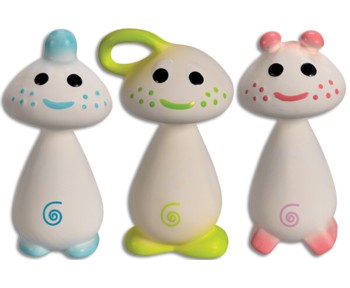 The Push for Phthalate Free Products

In 2010 a proposed ban for a period of 18 months on products that contain more than 1% of the chemical diethylhexyl phthalate (DEHP) was announced by the Australian Minister for Competition Policy and Consumer Affairs (ACCC).

The proposal was triggered by long established scientific research suggesting that exposure to phthalates may lead to reproductive difficulties and a recent study showing that metabolites of these compounds can be detected in the urine of children exposed to shampoos, powders, children’s toys and baby chewables.

Research found that children were not just being exposed through formula, bottles and chewing toys but were also absorbing phthalates through the skin when it was applied directly to the skin. Urine testing was used in 163 children aged 2-28 months and it was found that over 80 percent of these infants had over 7 types of phthalate in their urine. The more phthalates detected was directly related to frequency of bathing and lotion use.

What was alarming is that baby shampoo had been used on more than half of the tested infants within 24 hours of the urine testing. 30% had lotions applied and 14% had had powder used. These babies had four times the level of phthalates in their urine than those babies whose parents had not used those products on them.

Largely precautionary, the 18 month ban includes mainly toys and eating utensils intended for use by children where significant mouth contact may occur containing more than one per cent DEHP.

All products sold by Green Organics Beauty are proudly phthalate-free, including all of the baby care products.