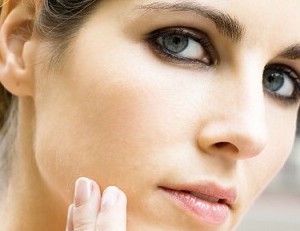 Benzoyl peroxide remains one of the most widely used preparations in acne treatment products. When applied topically, benzoyl peroxide works by releasing oxygen to the pores of the skin to help kill off the acne causing bacteria (p – acnes) which cannot survive in an oxygen-rich environment. It is also a powerful exfoliator that removes dead surface skin cells and clearing up pore-clogging debris that causes blackheads and whiteheads. This exfoliating action helps to clear your pores to reduce sebum blockages.

From popular brands like Clearasil to Neutrogena to Proactive, you will find benzoyl peroxide as one of its main active acne fighting ingredient. Though it may be effective for mild acne, as with any medical drug topically applied or taken, it is not without adverse side effects. The following are some of the common side effects reported from its use.

– The most common adverse effect is extreme dryness of skin. (For acne sufferers with extremely oily skin, this might actually be a favorable effect to have)

– For some people, the dryness can become too intense causing severe irritation and allergic reactions leading to stinging, burning, rashes and peeling of skin. Formulations containing benzoyl peroxide comes with varying strengths normally ranging from between 2.5% – 10%.

– It can cause bleaching of hair and clothing. (Common sense tells me this is a strong chemical).

– Benzoyl peroxide should not be used in pregnancy as its safety during pregnancy is not documented.

– The safety in breast-feeding women and children is also not established.

The possible side effects are clearly stated on the product packaging, instruction booklets or information leaflets. However, what booklets don’t list are the possible long term irreversible side effects which may occur 10 – 20 years later after its initial use. Its long-term use has the potential to irreversible skin damage increasing free-radical organisms and stripping away the skin’s natural protective layer making it more vulnerable to the sun’s UV radiation, leading to premature aging and increased chance of skin cancer. Additionally, some chemicals can even be absorbed into the skin and have varying levels of systemic toxicity. Warning on the package to avoid the sun while using benzoyl peroxide should not be taken lightly.

Now, this article is not intended to scare anyone away from benzoyl peroxide products, because I know of people that have seen positive results in reducing acne lesions after its use. But you need to weigh up the risk versus the benefits. If getting rid of those horrible pimples outweighs all the possible adverse side effects, then by all means experiment with its use. For some acne sufferers, taking the risk is actually more justified than it seems, because the pain that they have to go through can be quite unbearable at times, and anything that helps to clear up the skin to increase the self esteem and self confidence may be well worth it. Keep in mind that as with any treatment program, no guarantees are made to work for you and results may only be temporary.

4 thoughts on “Is Benzoyl peroxide a Safe Acne Treatment?”