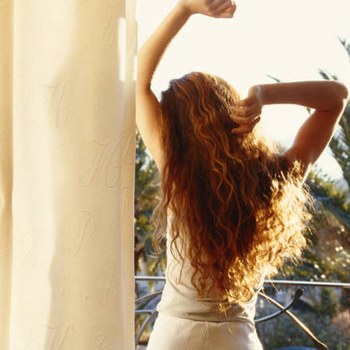 Over the years there’s been much debate about which is better for productivity, creativity, health and success – being an early bird or a night owl. But is one actually better than the other? Let’s look at some of the pros and cons of each as well as how you can make the most of your natural energy cycles.

Biology largely determines our sleep preferences
The science strongly suggests our sleep preference (or ‘chronotype’) is largely determined by genetic and biological factors. A 2016 study of almost 90,000 people identified 15 areas of the human genome were related to being a morning person, and earlier research found evidence of actual structural differences in the brains of early risers and people who like to stay up late. This isn’t to say that we aren’t influenced by behaviour and environment, but most of us have a biological predisposition towards early or late rising.

Pros and cons of being an early bird
One of the biggest pros of being an early riser is that the world is basically designed for daytime people. The majority of jobs still require roughly a 9-to-5 schedule and school hours definitely favour those who wake up early. Most public offices, such as the DMV, are only open during daytime hours as well. Overall early risers tend to be happier and healthier and there is a still a strong belief that morning people are more productive than night owls.

But not everything is rosy for the early birds. On average they need more sleep than late risers and have less stamina than their night owl colleagues. Scientists have also found that people who get up before 7am tend to have higher stress levels than those that sleep in. The study by a team at the University of Westminster found the early risers also have more muscle aches, colds and headaches.

Pros and cons of being a night owl
Research has found that night owls are at higher risk for depression and are more likely to smoke more cigarettes and drink more alcohol than morning types. They are also more prone to diabetes, obesity and cardiovascular disease. Late risers are also more likely to die early than their up-at-the-crack-of-dawn counterparts, even when accounting for these factors.

This may sound like a pretty bleak picture, but it’s not all bad news for night owls. Studies have found that those who stay up late are actually more productive than early risers. This may be due to night owls having more stamina and being able to stay sharper for longer periods of time. Research also suggests they are more intelligent and more creative than morning people, and they make more money.

How to work with your chronotype
Whether early bird, a night owl, or somewhere in-between, there are ways to use your energy more wisely throughout your day (or night). Here are some tips on how to work with your natural sleep-wake cycles and to be your happiest, healthiest and most productive.

– Get enough sleep. Regardless of your chronotype getting enough sleep is essential to health and wellness. According to the Sleep Health Foundation most adults need 7 – 9 hours to feel our best. Even a small amount of sleep deprivation can negatively affect your memory, concentration and mood. This is especially important for night owls who may find themselves staying up late, then getting up too early because of work, school or family commitments. Try to follow good sleep habits such as going to bed and waking up at the same time every day (including weekends). If you’re having trouble falling asleep check out our range of sleep aids, designed to help you relax at the end of a hectic day.

– Don’t fight your natural energy cycles. Early bird or night owl, your energy is bound to wax and wane during the hours you are awake. Start by looking for patterns of when you’re at your sharpest and when your energy starts to fade. Arrange your schedule around these cycles. Plan important tasks for when your energy is at its peak and save less taxing jobs for low periods. For larks this generally means doing jobs that require the most concentration early in the day, for night owls saving these jobs for peak energy periods later on. Find your energy flagging? Try Tata Harper Aromatic Energy Treatment for a quick midday pick-me-up.

– Simplify your morning routine. This one’s for the night owls. Try getting everything ready the night before you work. Shower, pick out your clothes, pack your briefcase. Anything you can do the night before that can save yourself time in the morning means a later wake-up time and more sleep.

– Change locations, or jobs. One more for the late night folks. If you’re really struggling to make it to work on time consider moving closer to work to cut down on your commute time and give yourself more of those precious hours of sleep. You may also want to talk to your boss about starting your day later or working from home some days. Flexible working is becoming more and more popular, so even if your boss isn’t up for it, you may be able to find a company that’s willing to work with you. Neither of these an option? Try increasing exposure to daytime sunlight and limiting night-time exposure to artificial light – research shows by doing these two things you can shift your sleep-wake cycle to earlier.

The takeaway? There are pros and cons to both being either an early bird or night owl. The more important thing is that you work with your natural sleep cycles to get the most out of your day and feel your best.